Who is Ntokozo From Gomora? Ntokozo’s real name is Ntobeko Sishi. His full name is Ntobeko Senzesihle Sishi. Ntobeko Sishi was born in 1998 in Durban, KwaZulu-Natal, South Africa. He is a singer-songwriter and an actor best known for playing the role of Ntokozo Dlamini on Mzansi Magic drama series Gomora. In this article, you will learn more about Ntokozo from Gomora.

ALSO READ: Who is Makgofe Moagi aka Charity on Skeem Saam?

Who is Ntobeko Sishi?

Ntobeko Sishi (full name Ntobeko Senzesihle Sishi) also known as Ntokozo from Gomora, is a South African actor, television presenter and musician. Ntobeko is best known for his role of Ntokozo on Gomora Mzansi. He was also an actor on High Signal on SABC 2.

Ntobeko Sishi was born in Durban, KwaZulu-Natal, South Africa. He rose to fame in 2019 as the presenter on the SABC2 youth show Hectic Nine-9. He is also a musician, he started singing at the age of seven. 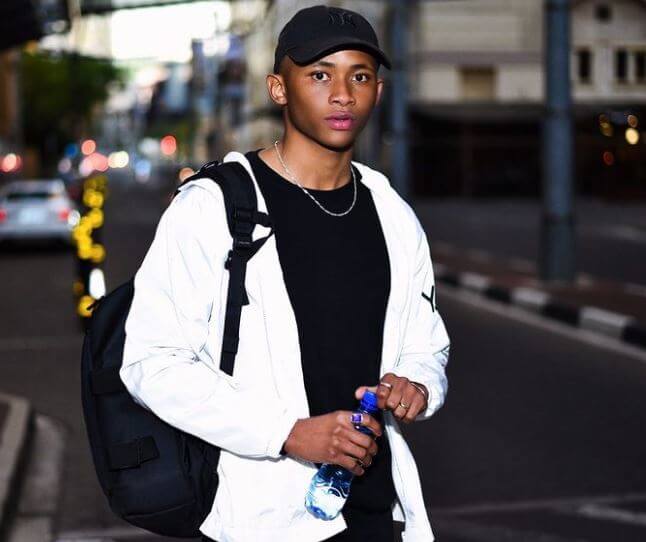 Ntobeko Sishi holds two degrees. He studied at George Campbell School of Technology. He holds a Bachelor of Commerce in Economics and Finance at the University of Cape Town (UCT) and Postgraduate Diploma in Management, Entrepreneurship/Entrepreneurial Studies (UCT).

“I have a BCom in economics and finance and a post grad diploma in entrepreneurship. I knew I was academically inclined but I have a love and passion for the arts. When I was at university I auditioned a lot around Cape Town but most of those did not work out for me because they would require touring and I was heavily focused on my academics,” he told Drum Magazine in an interview

Popularly known as Ntokozo from Gomora, there’s no doubt that Ntobeko Sishi is a young man with a bright future ahead of him. This 23-year-old actor is one of South Africa’s biggest breakout stars.

Remember, Ntokozo’s real name is Ntobeko Sishi as some actors hate being called by their character name.

A Nthibah Pictures Film, i Am All Girls is now streaming on Netflix

Powerball and Powerball Plus results for Friday, 14 May 2021