In his first project since leaving Ambitiouz Entertainment, eMtee sounds hopeful. The mellow, trap-leaning production is helmed by long-time producer Ruff and up-and-coming producers such as KnifeBeatz, BFB and Master BC. They create the perfect soundscape for the South African trap pioneer to muse about overcoming his troubles and vouching for his bright future. Named after his second child, LOGAN joins a catalogue that’s built on valuing family and companionship. 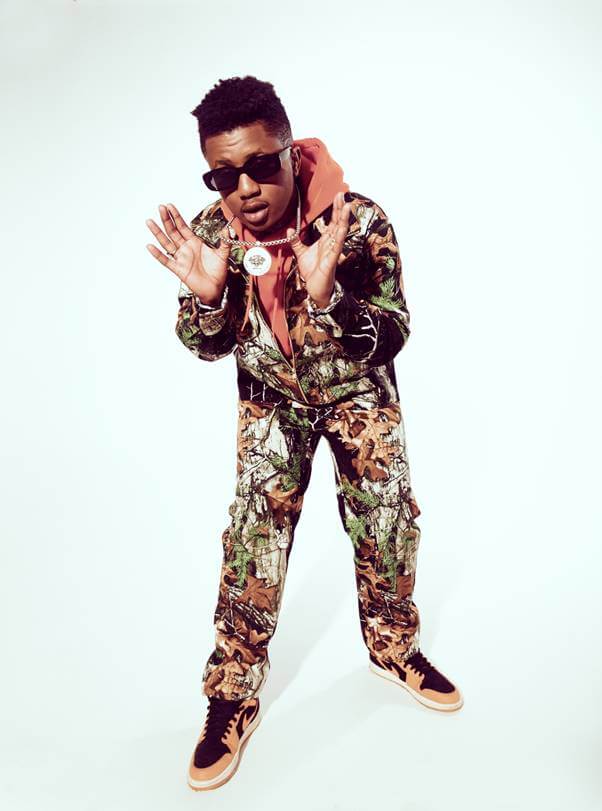 eMtee’s latest body of work speaks to living his purpose and emerging victorious through life’s challenges. He shares: “I got to a point where I needed to focus and just see who has my best interests at heart, and I didn’t look too far because of the love I get at home.”

Owning the conversation last night as a top trending topic (#eMteeLOGAN) following his intimate private listening session and before day broke, loyal eMtee fans ensured he was #1 on Apple Music All Genres charts.

“LOGAN like my first album AVERY is named after my son Logan, who is Avery’s little brother. I embrace fatherhood and the journey of watching both my sons grow and evolve in life. I always try my best to involve my children in my journey as an artist for them to understand the ins and outs of what I do,” expresses eMtee.

He adds: “LOGAN is an indication of how much I love my family and I am honoring them now, so my appreciation reflects in their lifetime.” 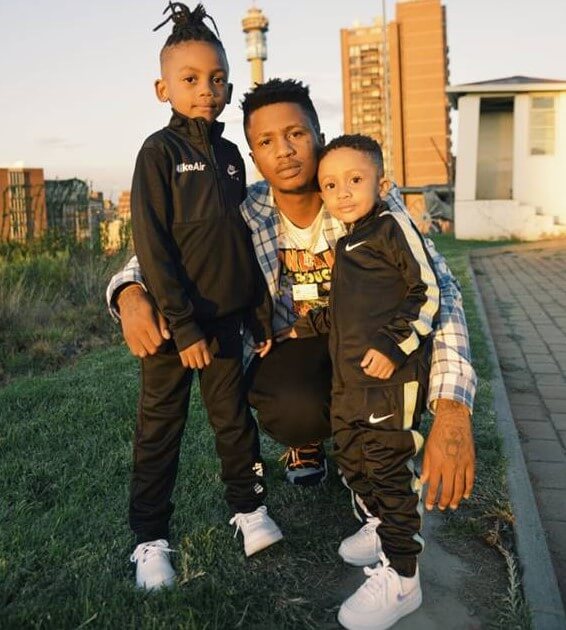 Consistently listed amongst SA’s top MCs over the years, eMtee’s 16-track LOGAN album is testament to why keeps earning his stripes. The project is authentic and executed in true eMtee style with a few surprises that Hip Hop lovers globally will appreciate.

eMtee’s dexterity shines as he raps and sings in both English and South African languages isiZulu, isiXhosa and tsotsitaal (township slang). The album presents a self-assured eMtee who’s in his comfort zone musically, seamlessly consolidating his influences, which range from Afropop to R&B, Kwaito and others. “I don’t like to categorise myself as just a rapper,” he says, “so in my albums, you hear different sounds, cadences and deliveries.”

The wait is finally over
Ladies and Gentlemen
LOGAN #eMteeLOGAN https://t.co/gqQRPWDSzk

Here, eMtee breaks down each of the songs on LOGAN

“As the intro to the project, it has no chorus; I’m introducing the project and reintroducing myself. This way people get an idea of the direction of the album.”

“I named it after and dedicated it to my son, just like I did on my first album.”

“This is a love song. I’m very much into lingo, and sometimes people can’t really understand some of the things I’m saying. When we say ‘long way’, it’s a way of extending ‘I love you’. Some people add ‘a lot’, or say, ‘I love you to the moon and back,’ or whatever; I say, ‘A long way.’ The song’s dedicated to my wife; we’ve been together since 2012. She has been very helpful in my life and career.”

“A lot of people always ask me if I’m okay, or if everything is all right, and I always tell them, ‘Everything is cool.’ Not because I’m acting tough, but because I’ve been through so much that I don’t really feel pressure the way a normal person would under certain circumstances. Some people think they’re pressuring me, but it’s not really working. I go at my own pace and do my own thing; it always seems to work out.”

“‘Wave’ is just letting people know that I don’t ride waves—I am the wave. I came from a different type of generation of people who are not so much liked but are still going on. I represent that group of kids, and the things we do. Certain things are happening today because of me, and a lot of people don’t know that. I choose to stay in my humble corner.”

“‘iThemba’ is straightforward: ‘Don’t lose hope.’ We have so many odds to beat right now, and I just felt that since I’m an inspiration to the youth, let me give them some hope.”

“‘Uzoyimela’ is from a term that a lot of us in South Africa use—‘Way’susa uzoy’mela’, which loosely translates to ‘Don’t start something you can’t handle’. I’m not someone who’s looking for trouble. I’m just letting people know that whatever you start, you gotta also finish. [Malawian rapper] Gwamba is a friend of mine. It’s the second record we did together; he featured me on his record ‘Own Time’. I felt like it’s only right to have that African element on the album. I don’t understand what he’s saying, but I know there’s a lot of Africans who do.”

“‘Johustleburg’, that’s the city [of Johannesburg]. There’s a lot of prominent household names that have a lot of crazy stories to tell you about the city; I’m not the only one. So I feel like it’s only right to represent the city in a positive way. Not that I’ve never seen flames in the city—I have; but at the same time, it’s a beautiful place. You get to connect. And being out here just makes everything easier. A lot of things wouldn’t be done as quickly in another city as they are being done here.”

“Here, we’re motivating and inspiring people, and letting them know that it doesn’t matter—you can fall as many times as you want, but what matters is how many times you get up. Letting them know that tomorrow’s a brand-new day; it’s like a second chance for you to try again. Keep going. Lolli is an Emtee Records signee. I like his sound; you can feel it in the lyrics and in the tone of his voice. That’s what I like, and the fact that he’s always open to learn.”

“Things are no longer the same as before, where I would knock on 10 doors and only two would open. Nowadays it’s a bit different, so the song’s about my growth.”

“This is a full-on kwaito song. A lot of people don’t know, but when I first started off, my first attraction was kwaito. But I grew with the times, because I was also not shy to test out new sounds. Experimenting made me the trapper that I am today. I love M’DU [whose 1999 song ‘Bab’uGovernment’ is sampled here]; shout-out to him for giving us the blessing with the song. The song was recorded two or three years ago; it’s been sitting there. Recently, I went back to it and finished it, and I felt like the sound is Moozlie’s niche.”

“‘Family’ was produced by Young2unn. I dedicate the song to my own family that I started, and also just to teach everybody else the importance of family.”

“I drew a lot of inspiration for this one from ‘All My Life’ by Nipsey Hussle. I looked up to him in a major way. People don’t know, but I’ve been a follower, and also sort of got my name, Emtee Da Hustler, from him. He was from LA and was of African descent; I always respect people who come from Africa and go out there and make a name for themselves. Just go out there, penetrate, and make their time worthwhile. I like that very much. He was also a hustler. I also have dreams of opening a shopping complex and other business ventures.”

“Laqhasha, the villain of the ’90s South African sitcom Sgudi ‘Snaysi, didn’t appear much, but he was so interesting, and just made the show spicy. He was a loan shark, he was always running money for his cousins. For a lot of people, that was the highlight of the show. During a time where we had just came from oppression, this was like a new South Africa. We also got to see one of, if not the first, local Black sitcom that talks about the hood and how we live in the hood, and stuff like that. So, shout-out to the OG.”

“J-Smash played me the beat, and told me it was for his project. And I asked him to please give me the song, and he did. I decided I’d add him as a feature on there for giving me the beat, as a shout-out.”