In episode 9 of Temptation Island South Africa, now streaming on Showmax, we saw fan favourite Gigi Lamayne abruptly leave the villa due to personal reasons. We asked the rapper for her take on the hit reality show now that she’s no longer on it.

ALSO READ: “I’m very upset that I didn’t get the chance to give Sifiso a piece of my mind” Eliminated Temptation Island South Africa singles speak out

Your story was a bit different. You didn’t get eliminated but had to leave due to personal reasons. If it weren’t for those reasons, do you think you would’ve made it right to the end of the show without getting eliminated?

I do believe that I would’ve made it right to the end of the show, just based on the fact that Sifiso and I did have a strong connection. But again, that’s on him to say. Had it not been because of my reasons, I believe I could’ve stuck around for a while.

Did you see a future for yourself with Sifiso?

My relationship with Sifiso was very kosher and platonic.

In the beginning, it did seem as though many of the ladies in the villa had a strong connection with Sifiso. Why do you think Sifiso managed to get that right?

Sifiso was one of the guys who understood what was required of him. He went into the house to explore relationships with the various women.

Sifiso will walk out of this show and confidently feel that he immersed himself in the entire experience. He wore his heart on his sleeve and allowed himself to not only build new connections but also learn new things about himself.

I know some viewers might think he was playing around but that was the agenda. He went out there to connect and to open himself up to new experiences.

Sifiso did everything, whereas, with the other gents, some of them were very self-guarded and didn’t allow themselves to enjoy the experience. 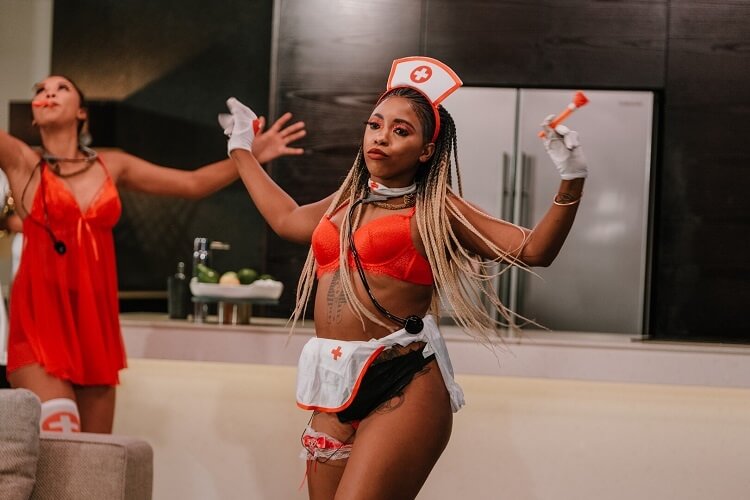 Who would you say was the most closed-off guy in your villa?

Justin stuck to his guns. He loves his girlfriend; there was no need for him to be put to the test. I don’t think he allowed himself to experience a connection with the other women. Yes, there was something between him and Angelique and sometimes Lerato, but overall, he was closed off.

Is there anything you would’ve done differently while on the show?

Not at all. This was an amazing experience for me and I think we [single women/guys] should be very proud for being the ones who were selected to test true love.

True love doesn’t happen often, and I think we should applaud ourselves for the role we played. It might sound crazy, but I do believe that we were part of a greater purpose, to determine whether people were able to stick together regardless of the temptation that stood before them.

But wait, maybe there is something I would like to do differently. I would like to come back to Temptation Island with my partner. If you and your partner can make it through this type of temptation, then I believe the relationship can overcome any other form of adversity.

Which relationship do you think is at risk?

Nthabi and MJ’s. I know that Nthabi and I had our differences at the beginning but when you have two strong women in the same space, it can become a bit tricky, especially because I’m not one to back down. I’m not a talker; I fight differently. But besides that, I do think their relationship is at risk and I do feel very sorry for her. But in the same breath, just like Sifiso, MJ understood the memo and immersed himself fully in the experience. 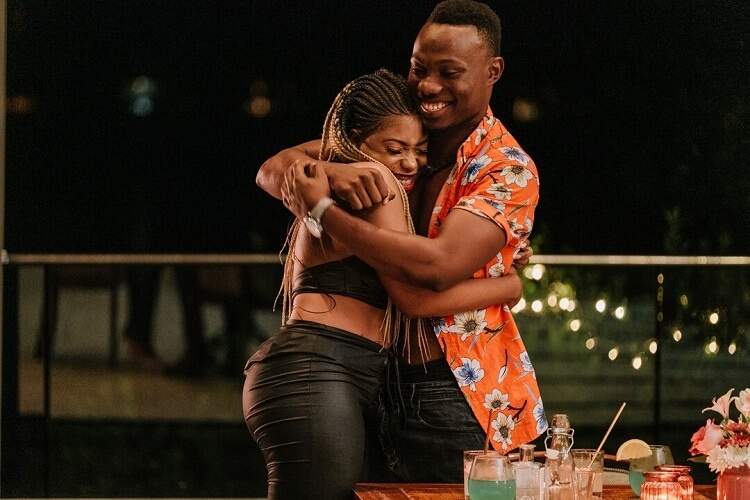 Binge the first nine episodes of Temptation Island South Africa on Showmax now, with new episodes every Thursday until 4 November 2021, with a reunion to follow.