ALSO READ: Ntando Mthethwa on being married to a pastor

Ntando and Khaya got married in December 2017 in a beautiful traditional wedding in Mpumalanga Province and have a 10-month-old baby boy together.

Ntandoyenkosi broke the news on Instagram with a lengthy statement. She detailed the next steps for herself and Khaya as well as their baby. Ntando has already moved out of the couple’s house in Durban.

“In the last few days my husband and I have had in depth discussions about our marriage and our young family challenges. On Sunday we met my in laws and informed them of our mutual decision for us to file for divorce. I also informed my mother and the rest of my Kunene family who were disappointed with the divorce decision but appreciated the fact that I represented them well at the Mthethwa’s in the way they raised and expected from me (sic),” – reads a statement posted on social media by Ntando.

The former Miss South Africa also said that she will have custody of their son but at all times his father shall have unrestricted access so that he can play his fatherly role as they co-parent.

Ntando also mentions that because they were not married in community of property, she will keep all her assets, and Khaya will do the same.

“On behalf of Khaya and, we request you to respect our privacy as we go through this difficult process. We know and appreciate your love and concerns about us, but do know that we are fine and this decision is in the best interest of both of us. We agreed to handle our divorce amicably, with mutual respect and no contest. Khaya and I will remain friends (sic), – she wrote

See the full statement below: 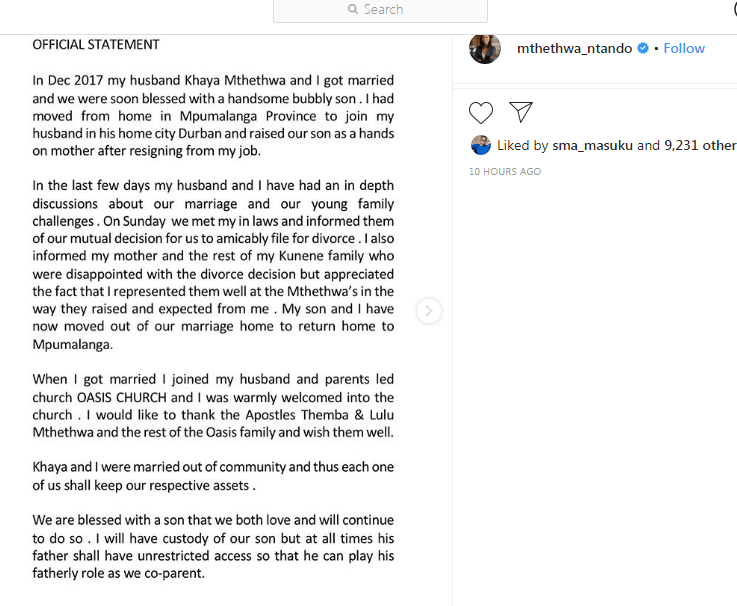 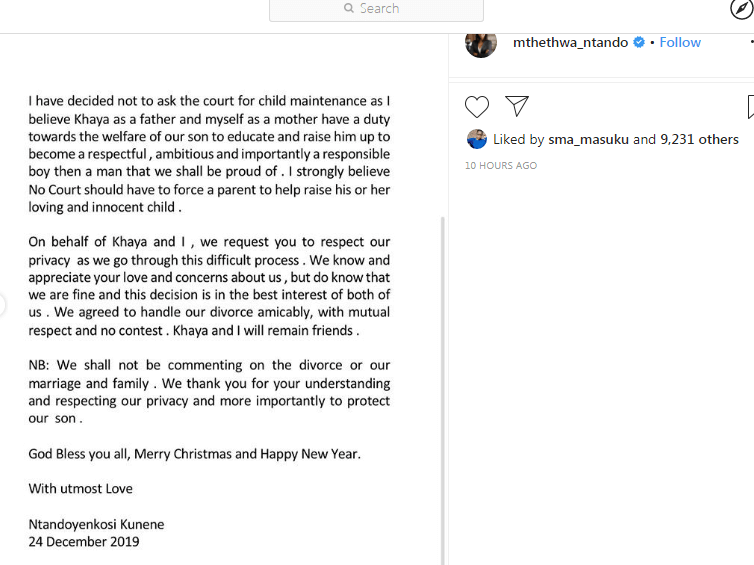