Known to celebrate African excellence, Terry Pheto features on the cover of the latest edition of The Afropolitan magazine.

Titled “A girl from the Vaal with Hollywood dreams”, The Afropolitan takes a look at Terry Pheto’s journey over the years – carrying through the theme of “always knowing where you’re going but remembering where you’ve been”. 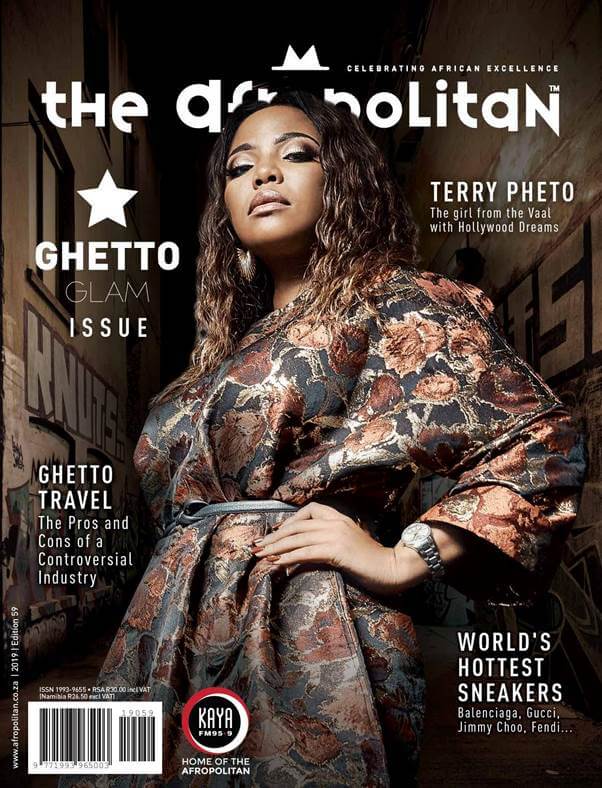 Terry Pheto shares about growing up in a township and how having a clear vision, strong team and an open mind can take one far.

The latest edition of The Afropolitan is also available for purchase at Exclusive Books, CNA and SPAR.

Terry Pheto’s cover feature on The Afropolitan comes off the back of winning Best Actress at the recent British Urban Film Festival (BUFF) Awards which took place in London, and the announcement of joining the Swiss watchmaking brand, Longines, as a Family Member. Terry Pheto is seen wearing a classic timepiece from Longines on the cover.

Grab a copy of The Afropolitan magazine now to read Terry Pheto’s story from the Vaal to Hollywood and follow Terry Pheto online for more news coming soon.