Award-winning South African actor, producer and filmmaker, Thapelo Mokoena has added brewer to his long list of credentials. The actor and producer has partnered with one of South Africa’s leading black owned craft and lager breweries and relaunched Ukhamba Beerworx.

The company was founded in 2014 by Lethu Tshabangu and his partner Noluyanda Roxwana, with the goal of providing a local brewery that brings a fresh and bespoke selection of craft beers and lagers for local and visiting beer lovers.

Ukhamba Beerworx & Taproom boasts a rich culture and flavoursome Shisanyama style restaurant based at 53 Claremont Road in Cape Town. The vibrant restaurant is designed to deliver a full cultural experience which includes locally crafted lagers, bespoke craft beers, a selection of ciders and some exclusive local wines, which will be accompanied by mouthwatering and authentic African cuisine. 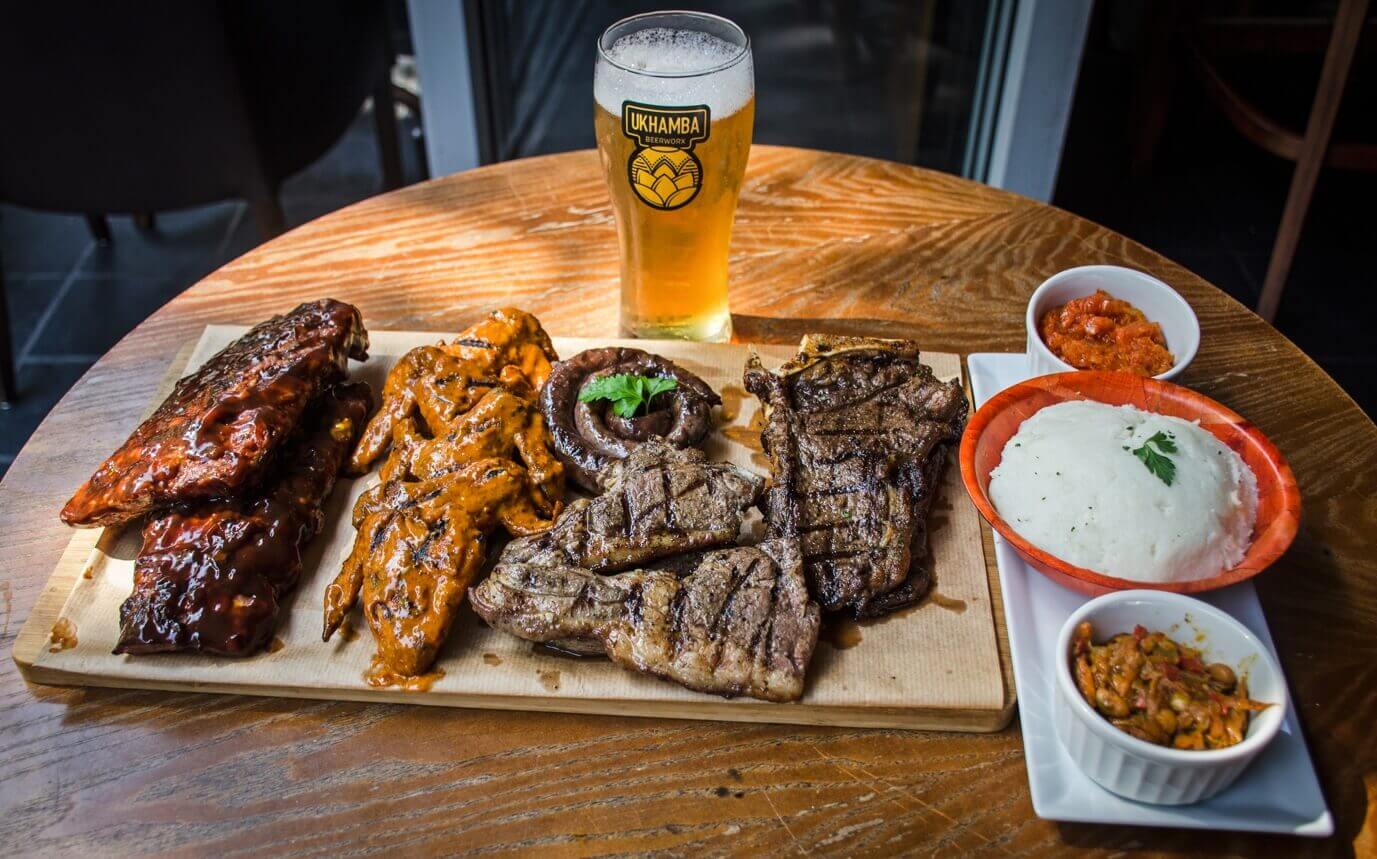 “Ukhamba Beerworx Taproom is meant to deliver an authentic 360-degree experience, giving Capetonians and tourists the opportunity to enjoy the best of both worlds. Our exciting locally brewed beers and lagers, together with a decadent African style menu, which they traditionally have to travel out of town for, is now available closer to this city, therefore making this place a winning combination of local is lekker,” said Thapelo Mokoena

This holistic cultural offering is not only going to be confined to Cape Town as the new entity has been hard at work creating a distribution network which will see their offerings available at other restaurants and liquor stores nationally in the near future. Available on tap and in a 330ml can, this range of locally founded and produced beers are set to give the big global brands a run for their money. 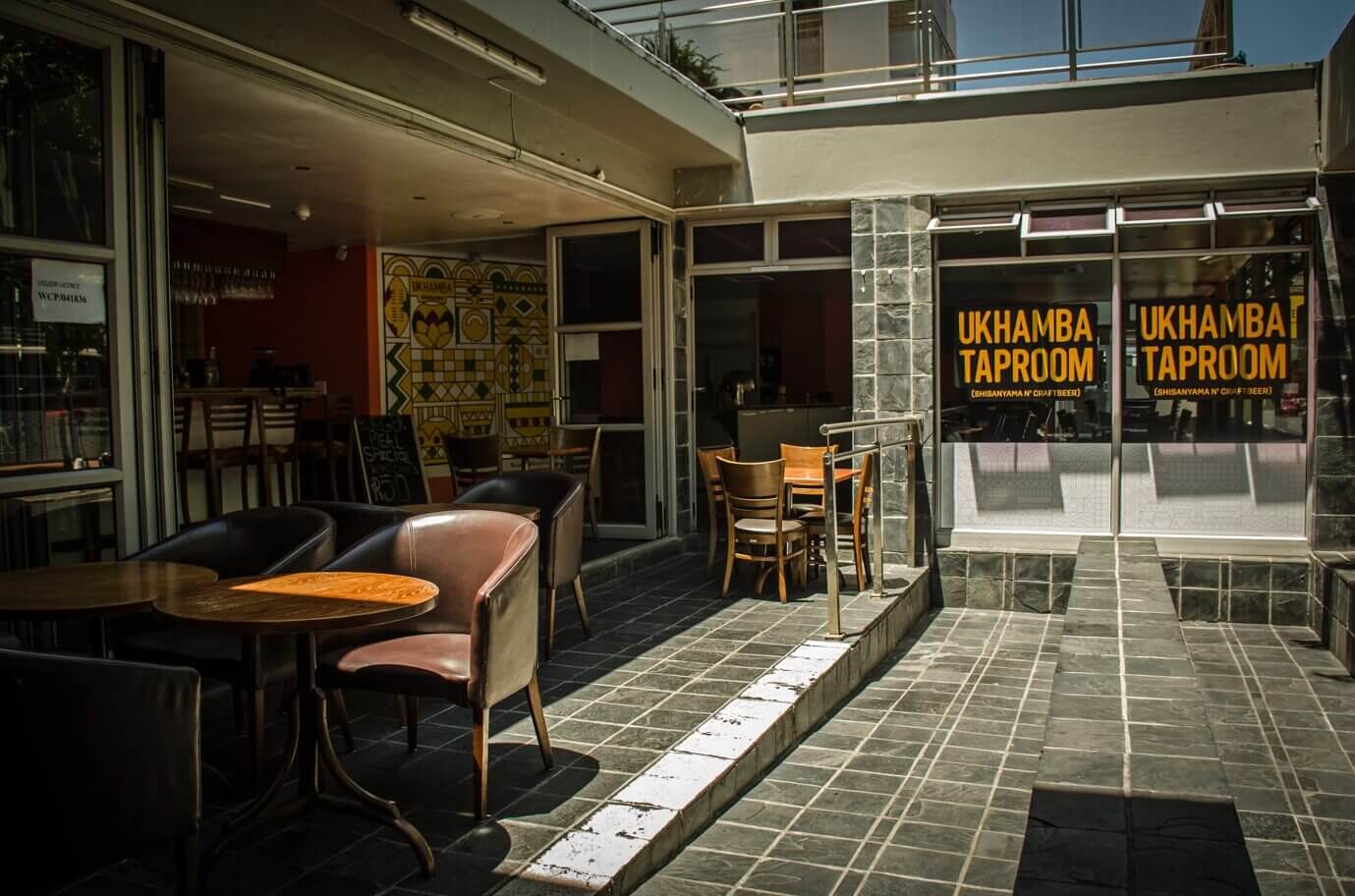 “What set’s Ukhamba Beerworx & Taproom apart from the rest of the market is our true understanding of the local consumer. We really wanted to create a product that would deliver on both quality and taste while catering for the unique African palette and this winning combination is what is going to keep our customers coming for more. The extension of the brand and launch of Ukhamba Beerwox & Taproom is also going to open itself to customer insights which will allow us to further perfect our product and allow us to live our mantra ‘Ukhamba Beerworx Utwyala Bethu’, “concluded Lethu Tshabangu, Founding Partner.

Holidaymakers and locals are in for a treat this festive season, as Ukhamba Beerworx & Taproom has made sure that it catches their attention, from the ambiance which is led by distinctly local African wall murals, to food that is authentically African and local music to round off the experience. Absolutely making sure that those who are in the mother city can enjoy a unique social experience, while supporting some local brewers which is exactly what the South African economy needs.

UKHAMBA -BEERWORX is the brewery & UKHAMBA TAPROOM is where you get to experience our brew while enjoying the best Shisanyama experience in the Mother City. We boast a combination of good ambient global sounds & mainly African sounds. We are excited about this festive season, it was quite fitting that we launch at this time. With the holiday season picking up in Cape Town, we can’t wait to let people come through our doors for HANGOVER HOUR which offers our beer on tap discounts while offering a lovely plate of meat, dombolo, steam bread and/or pap. We are in the Mother City so we have also added a selection of sea food to the menu.

The company is co-owned by Lethukuthula Tshabangu, Noluyanda Roxwana, Thapelo Mokoena, Toko Mokoena and Thabiso Ratshefola. It was founded in 2014, and its restaurant offering Ukhamba Beerworx Taproom opened its doors to the public in November, 2019.