The first instalment of Red Bull Music Studios Cape Town Live takes place this Thursday, 6 February from 18:00 during Cape Town’s lauded First Thursdays and promises to be a melting pot of musical and lyrical talent.

The multi-talented musician and DJ, Zinhle will be headlining this inaugural musical experience featuring two of South Africa’s future trailblazers, Pierre Johnson and Mshayi. DJ Zinhle is one of the biggest house DJs in the scene at the moment and will be making a welcome return to Cape Town this coming Thursday. “I’m excited to get back into the Red Bull Music Studios Cape Town this week, not only to create magic but also share and inspire through my DJ set,” said DJ Zinhle.

Pierre Johnson is a Cape Town based DJ & producer who is currently taking on South Africa’s electronic music scene by force, with his easy-going electronic style, dreamy keyboard washes, jazzy flourishes and occasional vocals riding deep bass-lines. With only two years of music production behind him, his debut single Cure has already become a local dance floor anthem.

Madoda Mbeki affectionately known as Mshayi, began his DJing career in 2008 amongst many other DJs at that time. His special ear and harness for music set him apart from his counterparts. He has worked his way up the entertainment ladder as he has now added the ‘producer’ title under his belt. He released his hit single Shaya in 2019 and he promises more authentic content this year. 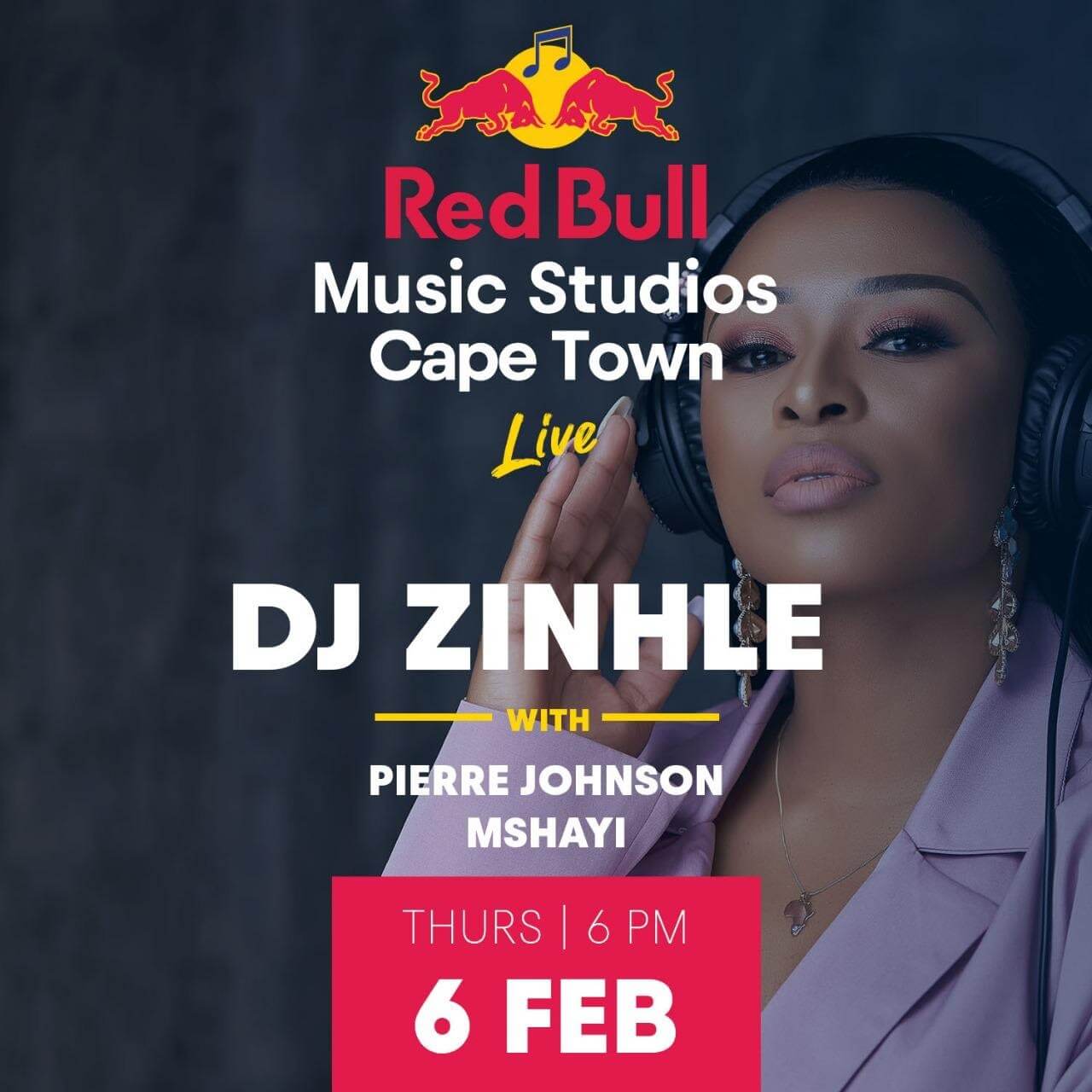