Over the past years, forex trading in South Africa has rapidly gained popularity among South Africans despite various rules and regulations imposed on forex traders. Today we focus on Nobuhle Catherine Ndlovu, the richest forex woman in South Africa as reported by Time Magazine.

Nobuhle Catherine Ndlovu is a 24-year-old black female forex trader originally from KwaZulu-Natal, Umhlanga, Durban. She is the founder and CEO of Women In Forex Global with R100 million market capitalization.

As one of black female forex traders in South Africa, she is also the current South Africa’s richest Forex woman with R100 million net worth as of 2018. As a successful forex trader, Buhle is also feared by some of her male counterparts in the forex market.

Could Buhle be the richest forex woman in South Africa? Many might debate this statement. However, various sources stated that in forex, she is the richest woman.

Her company, Women In Forex Global trains and mentors people who are interested in Forex, Binary Option and Crypto currencies.

As reported by FX Magazines, “Nobuhle decided to venture into MLM for the first in 2018, and with her leadership competence she become the first Long Rich member in it 32 year history to achieve Diamond 4 in 4 days, Diamond 5 in 14 days, Diamond 6 in 2 months and Diamond 7 under 4 months, records she currently held to this day.”

Later last year, she bought a farm in Mpumalanga Province for R15.8 million. According to various sources, Buhle bought the farm cash. 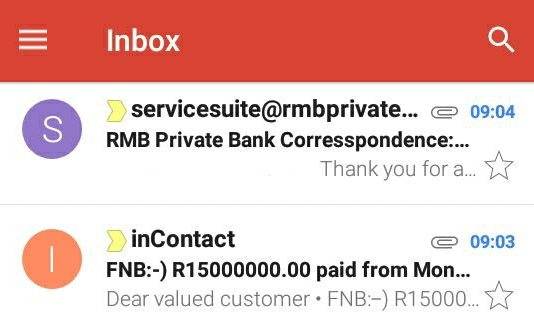 Buhle, who graduated with diploma in media from Boston City campus, used to participate in airtime and eWallet scheme activity before joining Forex. Airtime and eWallet scheme is when women on social media post sexy photos and twerking videos to lure men into liking them. Men will then make a move and girls will pretend to be in love with them while extorting money and airtime. The airtime collected is later changed into cash and the women never actually meet up with the men.

As reported by FX Magazines, it was during this time she met her then partner Faith Nketsi famously known as Queen Twerk who was in the same line of scheme.

Nobuhle Catherine Ndlovu joined Forex (Foreign Exchange) in 2015 after posting a video of a well known Forex trader, asking her followers what they think about Forex.

“I told Faith wow this is a real deal if we can be able to get R1000 per person we refer to this guy its better than R100 airtime we was getting with our twerk video business. Somehow we never managed to earn a cent from the guy despite sending load of people to them” she told the publication.

Buhle, the forex trader, started learning how to trade forex through someone who taught her via WhatsApp. That’s how she started in the foreign exchange market and today she is regarded as one of the most successful and richest women in South African through Forex trading.