ALSO READ: Actress Sophie Ndaba is not dead, she is alive

Every season of Lockdown introduces a new star. As reported by various latest celebrity news outlets, this time it’s Sophie Lichaba, aka Sophie Ndaba, who became a household name in South Africa during her two-decade-long starring role as the feisty receptionist Queen Moroka in the SABC1 soapie Generations.

The multi-award-winning actress joins one of the most impressive casts on South African television: at the SAFTAs this year, four of the six Drama acting nominations for women went to Lockdown cast members: Dawn Thandeka King won Best Actress as Mazet, ahead of her co-star Zola Nombona as Monde (and International Emmy nominee Thuso Mbedu), while Lorcia Cooper won Best Supporting Actress as Tyson, ahead of her co-star Pamela Nomvete as Governor Deborah Banda.

Since losing a noticeable amount of weight last year due to diabetes, Sophie’s been reported dead on social media repeatedly, most recently as she started filming Lockdown last week.

The SAFTA winner is unfazed by the fake news, saying, “I’m just excited to be tackling such a challenging role on one of the biggest shows in the country.”

Every episode of Lockdown has trended on Twitter, so Sophie’s new character on the groundbreaking series will give social media something better to talk about on 31 January 2020, when Season 5 will premiere, only on Showmax.

“We haven’t seen Sophie in a while on South African television,” says Lockdown creator Mandla N, who is still directing every episode of the hit show. “But you could have said the same about Lorcia or Pamela when we cast them, and they’ve both reclaimed their places among the biggest stars in South Africa.”

Notorious for its cliffhangers, plot twists and emotional rollercoasters, Lockdown takes viewers into the cells and offices of Thabazimbi Women’s Correctional Facility. 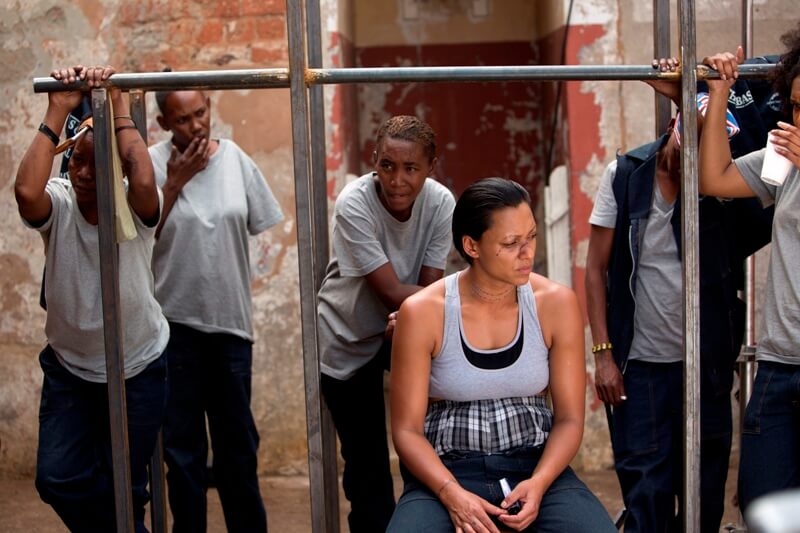 As Season 5 picks up, Deborah is under pressure from The Department of Correctional Services, after one death too many at the prison. Arch-rivals Mazet and Tyson are still running the prison yard together, for now. And Monde is trying to make things right with Vicky (Lauren Jenae), while worrying about her sister Katlego (Natasha Thahane), who’s been transferred to Kgotsong Asylum.

SAFTA winners Linda Sebezo and Nomsa Buthelezi are also back as fan favourites Maki and Slenda, while the multi-award-winning Patricia Boyer returns as the hilarious but dangerous Sue.

Produced by Black Brain Pictures, Lockdown was the most awarded drama at this year’s SAFTAs, taking home five awards, including Best Drama.

Lockdown is moving from Mzansi Magic, so binge-watch Season 5, only on Showmax, on 31 January 2020. In the meantime, you can catch up on the first four seasons here.

Showmax is an internet TV service. For a single monthly fee, get all-you-can-eat access to a huge online catalogue of TV shows, movies, kids’ shows and documentaries. Start and stop when you want. No ads. Cancel anytime – there’s no contract.

Showmax was born in 2015 and is currently available in more than 70 countries. For a free, no-risk trial, visit www.showmax.com.