Streaming service Showmax counts down to Christmas 2021, from award winners to box office hits, critical favourites to South African flavour. Showmax has announced that they are counting down to Christmas with new festive season movies coming every day until 25 December 2021.

Here’s a taste of the highlights from this advent calendar for film fans, including some rather untraditional options that may make you rethink everything you thought you knew about the genre:

Unable to afford to bury their gogo, Vele and her hot-headed younger brother become amateur kidnappers on Christmas Day, taking a government minister hostage in exchange for ransom money that they want to use to be able to celebrate her life and give her a fitting farewell. 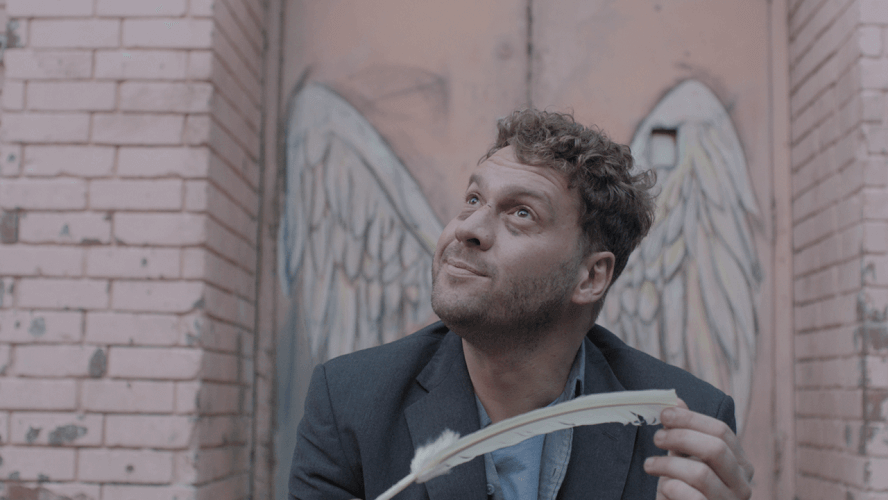 A homeless woman saves the life of a wealthy CEO, and in an unusual moment of Christmas spirit, he invites her to recover in his luxury penthouse. He laughs off her claims to be from another world – until his own starts tipping over.

Pearl is the most sought after attorney in the country – at the cost of her love life. When her boyfriend dumps her just as the Christmas family gathering is around the corner, Pearl’s increasingly impatient mother drags her to church for some divine intervention. She receives a life-changing prophecy about who she’ll find her happily ever after with: a man with the surname Dlamini. But will Pearl follow her heart or the prophecy?

A Safe Bet is directed by Weldun Media executive producer Kgosana Monchusi, who won awards at the Silicon Valley African FIlm Festival and Jozi Film Festival for his short film Opus, and was nominated for a 2020 SAFTA for The Big Secret Season 2.

In Season’s Feelings, on their way to a not-so-conventional Christmas party, a band of outsiders collide with themselves and each other as they try to figure out quarter-life, half-loves and family.

In Nativity, a group of well-intentioned community members tries to produce an amateur Christmas show to save their community hall.

The Christmas comedy is produced by Nagvlug Films (Skemerdans, Barakat).

In Eve’s Christmas, two feuding siblings, Carl and Eve, are forced to face their differences when Carl’s son asks (in a prayer) that Eve come to visit for Christmas. This sets in motion some seriously comical (and bittersweet) events involving a toy, Father Christmas, and maybe even honouring their father’s dying wish. 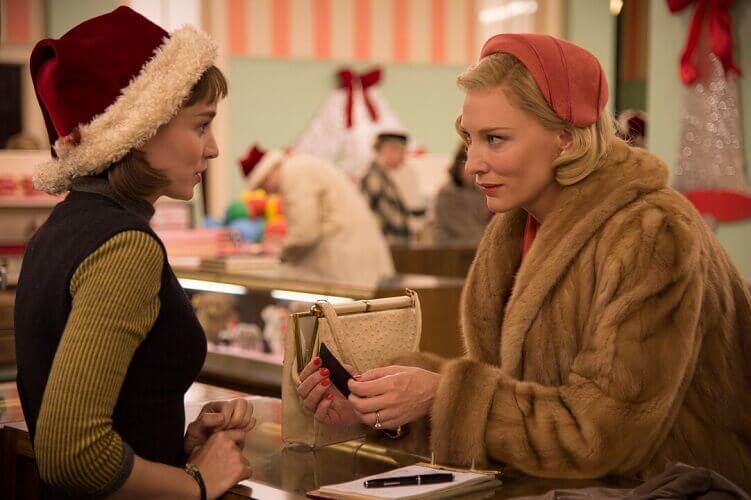 Carol is at #9 on Rotten Tomatoes’ list of the best Christmas films of all time. As Indiewire says, “There are few better Christmas film images than the sight of Rooney Mara in a Santa Claus hat. Todd Haynes’ Carol weaves such an intense romantic spell that it’s really the only film you need to watch during the holiday season.”

Cate Blanchett and Rooney Mara were nominated for Best Actress and Best Supporting Actress respectively at the 2016 Oscars for their roles in Carol, a powerful drama about a married woman in 1950s New York, who risks everything when she embarks on a romance with a younger department store worker. Carol, which was also nominated for Oscars for Adapted Screenplay, Cinematography, Costume Design, and Score, won 79 awards worldwide and was recently named the fourth best LGBTQIA+ movie of all time by Rotten Tomatoes, where it has a 94% critics’ rating.

Little White Lies calls Carol “one of the most beautiful love stories ever told”, while The Telegraph praises the “career-best performance from Cate Blanchett” and The Evening Standard calls the film a “masterpiece.”

ONCE UPON A SESAME STREET CHRISTMAS

There’s no place more magical than Sesame Street – especially during the holidays! Join Elmo, Grover, Big Bird and their friends for the magical, musical 50-minute special Once Upon a Sesame Street Christmas, in which Elmo’s father tells him a bedtime story about the time, way back, when joy, kindness and caring first came to Sesame Street.

The show won an Emmy for Outstanding Children’s Programme and has 4/5 stars on Common Sense Media, where they recommend it for ages 4+, calling it “a sweet story about holiday spirit and… an excellent reminder of the value of even the smallest acts of kindness. Once Upon a Sesame Street Christmas is lively, spirited holiday entertainment that’s great for families to enjoy together…. While Christmas gets the biggest billing in the story, many characters make references to other timely holidays like Kwanzaa and Hanukkah and the traditions that go along with them.”

Other Christmas specials to look out for on Showmax include Peppa Pig Christmas Party and Timmy Time Christmas Surprise.

“Stick Man lives in the family tree with his Stick Lady Love and their stick children three,” until he’s taken further and further away from home on an epic adventure across the seasons. He runs from a playful dog, gets thrown in a river, escapes from a swan’s nest, and even ends up on top of a fire, as he tries to get back to his family in time for Christmas.

Animated in Cape Town by Triggerfish and co-directed by South African Daniel Snaddon (Zog, The Snail and the Whale), this 27-minute BBC One Christmas special by Magic Light Pictures (The Gruffalo, Revolting Rhymes) won the top prizes at leading animation festivals like Annecy and Kidscreen, among others.

Based on the much-loved picture book by Julia Donaldson and Axel Scheffler, Stick Man is voiced by the likes of Martin Freeman (Black Panther, The Hobbit) and Hugh Bonneville (Downton Abbey), with Jennifer Saunders (Absolutely Fabulous) narrating.

Also look out for the Oscar-nominated animation The Polar Express, about a young boy’s magical Christmas Eve journey to the North Pole.

THE MAN WHO INVENTED CHRISTMAS

Teen Choice winner Dan Stevens (Downtown Abbey) stars as Charles Dickens, while the late, great Christopher Plummer (The Sound of Music) is Scrooge in The Man Who Invented Christmas, about the creation of A Christmas Carol, the timeless tale that redefined Christmas.

A warm slice of life story that follows a large Italian family on Christmas Eve, A Christmas Feast (aka Feast of the Seven Fishes) has an 88% critics’ rating on Rotten Tomatoes – a Christmas miracle for a Christmas film.

Rising star Skyler Gisondo (The Righteous Gemstones, Booksmart), Madison Iseman (Jumanji: The Next Level), and Addison Timlin (Fallen) star alongside the likes of Joe Pantoliano (The Matrix, Memento) and Ray Abruzzo (The Sopranos, The Practice).

The Los Angeles Times calls A Christmas Feast “charming and heartfelt”, adding that the film has “the familial warmth of a holiday classic, the aching earnestness of a teen rom-com, and the well-observed specificity of a good regional film.”

Kate (Clarke) harrumphs around London, a bundle of bad decisions accompanied by the jangle of bells on her shoes, another irritating consequence from her job as an elf in a year-round Christmas shop.

Tom (Golding) seems too good to be true when he walks into her life and starts to see through so many of Kate’s barriers. As London transforms for the most wonderful time of the year, nothing should work for these two. But sometimes, you gotta let the snow fall where it may; you gotta listen to your heart.

Last Christmas features new music from Grammy winner George Michael, as well as his bittersweet holiday classic of the film’s title. The film was the 62nd biggest box office hit of 2019.

When his uptight CEO sister threatens to shut down his branch, the branch manager throws an epic Christmas party in order to land a big client and save the day, but the party gets way out of hand…

As if creating a perfect holiday for their families wasn’t hard enough, our three under-appreciated and over-burdened moms now have to do it all while entertaining their own mothers, who have dropped in unexpectedly.

The Guardian calls it a “an entertaining film largely unconcerned about good taste and where, or if, an apostrophe should go in the title…a silly, sentimental and very funny follow-up.”

Oscar winner Mel Gibson (Mad Max, Braveheart) stars as a rowdy, unorthodox Santa Claus who must contend with a hitman sent by a spoiled kid, who’s looking for revenge after receiving a lump of coal for Christmas.

The Australian calls this Christmas action film “one of the weirdest movies you will ever see.”

Alternatively, you can catch Mel in Lethal Weapon, dubbed “the most relatable holiday action film in the blood-stained Christmas canon” by Den of Geek.

For even more magical Christmas movies, with new titles being added daily until Christmas, check out here.