The Queen Teasers For August 2021

The Queen Teasers For August 2021 provided by TVSA. The Queen is a South African telenovela that premiered on Mzansi Magic on August 1, 2016 and on canal plus in April 2020. It is produced by Ferguson Films, owned by acting veterans Connie Ferguson and her late husband Shona Ferguson.

Harriet and Hector are consumed by their secret, and Vuyiswa arrives back home.

Vuyiswa launches an investigation that could mean Hector’s downfall. Goodness is shocked when she learns that Harriet will stop at nothing to stop her from leaving with Mvelo. Harriet struggles to bury the unexpected feelings of love that are quickly growing.

When nothing goes right

Goodness’ decision leaves Kagiso gobsmacked. Vuyiswa’s investigation is thwarted from every side.

Vuyiswa interrogates an unlikely source about the night of the shooting. Kagiso tries to convince Goodness not to end things.

A light at the end of the tunnel

Just when Hector thinks Vuyiswa has given up on her probe, a possible clue comes up. Kagiso goes for broke and throws himself at Goodness’ mercy. 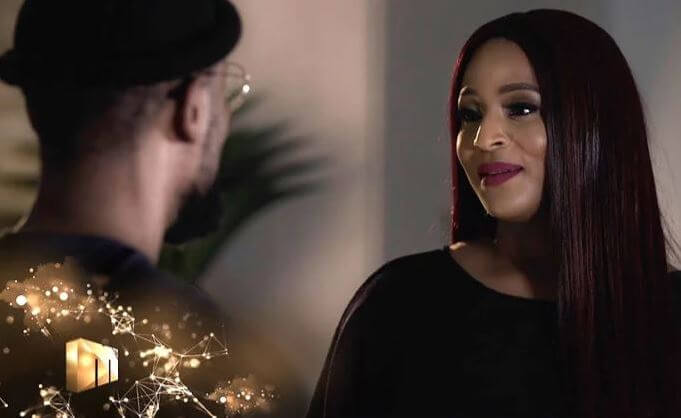 The kiss of death

The mercenary is in hospital. Will Thando be able to eliminate him before he wakes?

Hector’s heart dances around two women. Vuyiswa is one step closer to solving her case when a piece of information comes to light.

Deer in the highlights

Brutus gets an answer to his questions. Vuyiswa looks past something that’s right in front of her.

Noma tries to be a good friend but gets snubbed. Hector realises how close Vuyiswa is to exposing him.

Georgina makes a discovery that leaves Hector feeling as though his worst nightmare is only beginning. Brutus grows more and more suspicious of Harriet.  Hector battles feelings of guilt over some of his recent decisions.

Just when Vuyiswa and Georgina think they have reached a dead end, a new lead appears.

The bad guys got away

Vuyiswa feels so close to cracking the case, but is always one step behind. Her frustrations are rising.

Hector derails Vuyiswa from a big lead in the investigation.

Schumacher feels guilty for lying to his friends.

Schumacher’s lies are threatening to catch up with him. Brutus and Noma have a hard decision to make.

Can Schumacher keep up with Stone’s demands? Brutus and Noma can’t keep their hands off each other.

Schumacher is living his best life with people’s monies. Brutus is secretly jealous when he sees Noma with a man.

Schumacher’s schemes blow up in his face in the worst way. Brutus wants to change the Ts and Cs of his arrangement but is thrown a curve ball.

No matter how hard Brutus tries to pull himself away from the woman he loves he finds himself drawn back to her. Hector and Khumo receive an interesting surprise visit.

Snakes in the house

Shaka’s and Olerato’s machination are met with another disaster. Dorothy and Johnny’s plan is moving smoothly along.

The Queen airs on Mzansi Magic from Mondays to Fridays at 21h00. We hope you enjoyed The Queen Teasers for August 2021.

Livescore CZ: What is Livescore CZ and How Does it Work in South Africa?