One of South Africa’s most iconic voices drops her new music video this week! Legendary PJ Powers has teamed with up fresh new talent Skiv & Cash for the recording and filming of what promises to yet again become a firm favourite amongst all, entitled I Got Faith.

PJ Powers  – affectionately known as Thandeka – has consistently topped charts and sold out shows in SA from the word go when she released early hits which still remain popular such as Jabulani, Feel So Strong with Steve Kekaha (banned during Apartheid) and You’re So Good To Me. Uniquely PJ and unlike any other talent from SA, she is one of very few artists who managed to remain as popular and relevant during all the years that followed, with more chart-topping singles that followed year on year, such as Stay, Destiny and even exploring fresh creative ideas, such as her collaboration with top Ugandan RnB artists, Radio & Weazel in 2017, when she re-recorded and released a new version of Home to Africa. And now, as iconic as ever, PJ has once again raised the bar by teaming up with Skiv & Cash on I Got Faith. 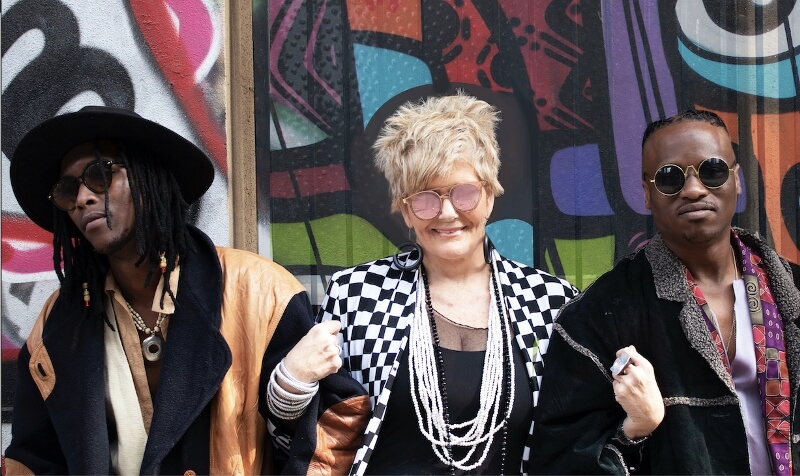 The legendary singer was immediately impressed by the mostly unknown duo’s talent and passion, affording them an opportunity that so many undiscovered talents can only dream about. According to PJ she was taken from the get-go by the two youngsters from Pretoria who she discovered were on the same page as her, sharing a similar vision in terms of what messages should be conveyed through the powerful medium of music.

PJ adds: “All three of us wanted to compose something that would help people to find the joy within themselves and their lives. We were particularly determined to celebrate the ongoing hope that we have as a society in South Africa today for what promises to be a bright future ahead of us. Both Skiv and Cash were so down to earth and a pleasure to work with, and I’m delighted with the final product.

So what exactly inspired the song? PJ enthuses: “We live in this incredible country where, despite at times being bombarded with negative news by the media we have so much to celebrate about – all the good there is in and about South Africa. We need to stop paying so much attention to the negative stories and rather look up and around and I promise you will see beauty, unlimited potential, bright colours, uniqueness as a nation, love and respect, the ability to overcome obstacles by standing together as the Rainbow Nation, and so much more.

I’ve been blessed for decades to perform on international stages and I try to use whatever platform I’m provided with to use my voice to express all the good there is about our beautiful Mzansi in order to change any possible misconceptions that others might have about it. We need to remind ourselves about the privilege of living in this country that none other can compare to, and keep our focus on all the beauty and hope we have.”

PJ Powers says that through the music video she wanted to portray who we actually are as a nation, and the very things that make her feel so passionately about South Africa – young, colourful, vibrant, an urban society, and so many aspects that delight all. She adds: “The locations we shot at were handpicked in order for our own people to identify with it and it truly portrays just how charming and real SA truly is. I really didn’t want to go the normal route of just shooting what you see of South Africa in just about every second music video. We also picked places that people would recognise, for example the Mandela Bridge, without making it look like a tourism video. Just watch it for yourself and you’ll see what makes it so incredibly special.”

View the music video of I Got Faith in order to also celebrate in the very beauty that PJ enthuses about:

So what else can we expect from our one and only PJ Powers?

In terms of her outstanding vocal power, which is once again on display with I Got Faith, PJ shares: “I’ve been told by others that have known and worked with me for decades that I’ve never sang better in all my life, which is so humbling and reminds me how incredibly blessed I am. I can still sing to the same key and range that I did decades ago for some wonderful reason, which I’m incredibly grateful for. I’m actually more comfortable and enjoying my voice more than ever, so what joy that others are picking up on it as well. I’ve truly been blessed with a gift that I don’t and have never taken for granted.”

As South Africa’s favourite iconic and legendary singer, with the entire nation standing firmly behind her, is PJ Powers currently in a good place in her life should anyone wonder? “Yes, I’m very happy. I’m energised and inspired more than ever, and as a result I’m constantly busy – writing and working on new songs, performing regularly, doing corporate motivational talks, and then all the other things that bring me joy, friends, family and sunshine. I really can’t complain about anything and I’m truly content with life and where I am in my career. There are so many exciting developments happening all around me.

Back at it and it feels good, #borntoanaudience

“Would I change anything though? Oh, absolutely not! My best advice to people seeking to find their own happiness the way I experience it, is to show up in their own lives and be part of the process – and it will come to you when you take your first brave steps towards making it happen. Essentially, that’s what I Got Faith is all about. So my wish is that the song will inspire each and every one who gets to see or hear it, no matter what outlook they currently have on life, and make them feel part of everything that makes our country so special and beautiful,” PJ Powers concludes.