Simon Keys and Siouxsie Gillett – stars of Snakes in the City – the internationally acclaimed National Geographic Wild series, are feeling “lucky”. Not the same way an average person would feel lucky. But lucky nevertheless. And the reason? They arrived a month earlier than usual in Durban to film the next season, which means they are here for snake mating season, and along with that, the intriguing rituals and fighting associated with it.

ALSO READ: Snakes in the City – filming hots up as it heats up in Durban (National Geographic Wild)

“Usually we begin in October/November when the weather has warmed up and snakes are more active, which is post-mating season. Now, because we are here earlier, we are coming across some rather amazing sights,” explains Siouxsie Gillett, a qualified herpetologist. “This is a time of the year that you are likely to see more than one snake together – as they are usually solitary creatures. Often people see two or more snakes together and think it may be snakes mating – but it is more than likely two males fighting for dominance.” 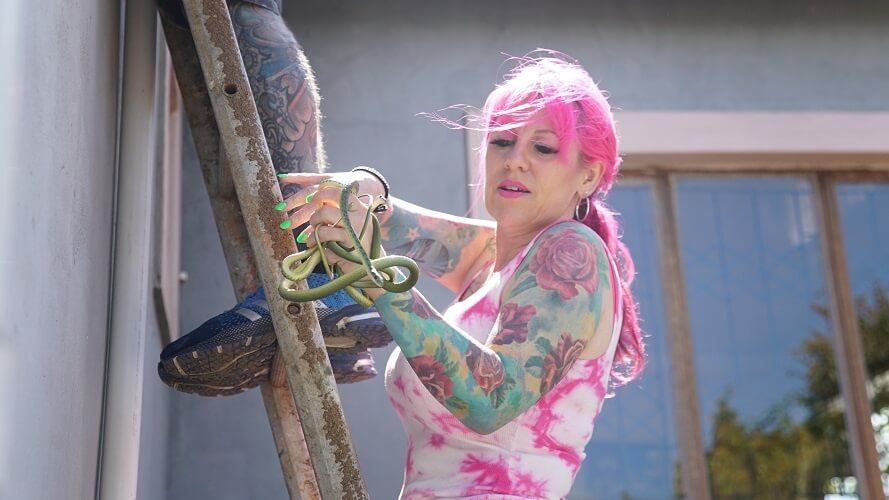 “The world of snake mating and reproduction is quite a fascinating one,” says Simon Keys. “For example, female snakes produce a strong scent to attract males, leaving a scent trail so males can find her. And during the mating season could attract a whole mass of snakes who have followed her scent, who all end up fighting for her. Quite a scary sight for an untrained eye!”

“Intriguing too, is that the male snake has spent the winter in hibernation not eating, and is hungry, but would rather mate at this point than find food!” says Siouxsie. “Surprisingly, some species like our famous Black Mamba will combat in a non-violent way for the female, by attempting to dominate the other male by almost entwining around, and laying on top of the other male, often misunderstood as two snakes mating.” 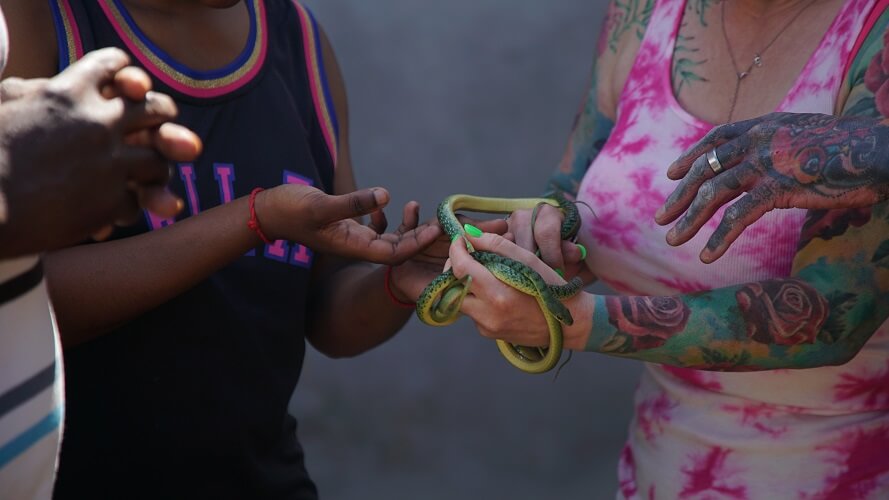 “Most female snakes lay their eggs and leave them. Some snakes (pythons – including the Rock Python – and King Cobras) incubate their eggs, and King Cobras even build a nest for them! Some even give birth to live young like Adders.

“So now’s the time to watch out for the fighting and mating, and soon for the babies to be out and about. And we are happy to come help out to remove them and place them in a safe natural environment.”

Simon and Siouxsie are available to capture and relocate snakes free of charge whilst filming the series. All filming is done using strict SA Government CoViD-19 guidelines and regulations. The caller, with permission and depending on the conditions of the call-out, may end up in the TV series