Translate English to Afrikaans in South Africa using Google Translate. This is a free online translator tool powered Google. You can instantly translate phrases, web pages and words between English, Afrikaans and over 109 other languages. There are also many other languages you can translate to Afrikaans.

How to Translate English to Afrikaans in South Africa 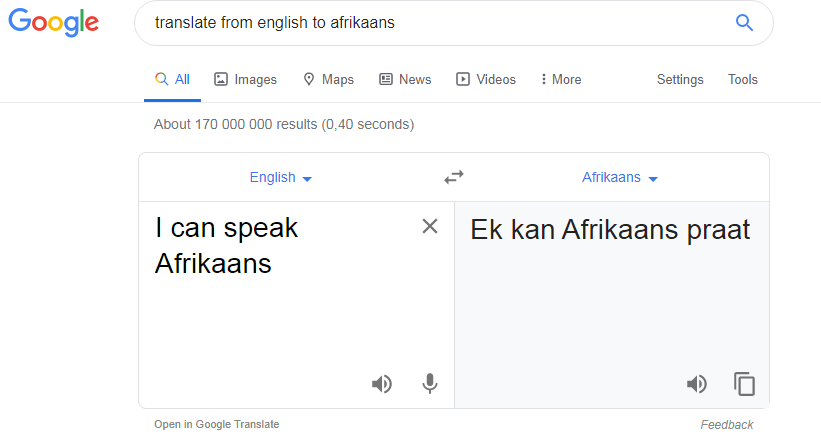 For example, you can type in “I can speak Afrikaans” in the text box and the translated phrase in Afrikaans will be “Ek kan Afrikaans praat”.

Why use English to Afrikaans translator tool?

Why use Google Translate Service? 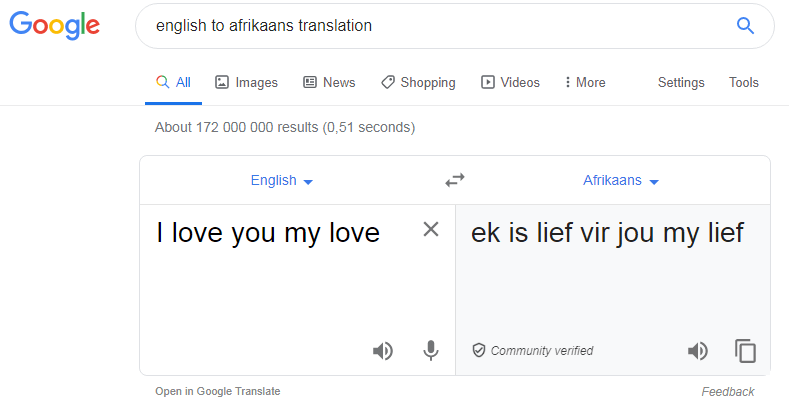 In most cases, Translation by GoogleTranslate always produce appropriate results and no one cannot compare the results translated by Google.

The next time you want to know “How do you greet someone in Afrikaans?”, you simply visit Google Translate and type in the translate box.

Can I trust Translation Services?

Automatic machine translation allows you to understand a piece of Afrikaans, but they are not 100% accurate or reliable and they are not substitute for a human translator. In South Africa, there are some people who are employed to work as English to Afrikaans translators especially in the tourism industry.

Here are English sentences and their translation in Afrikaans. There are many more English words you can translate to Afrikaans.

English Translations to other languages